JavaScript is currently not supported/disabled by this browser. Please enable JavaScript for full functionality. 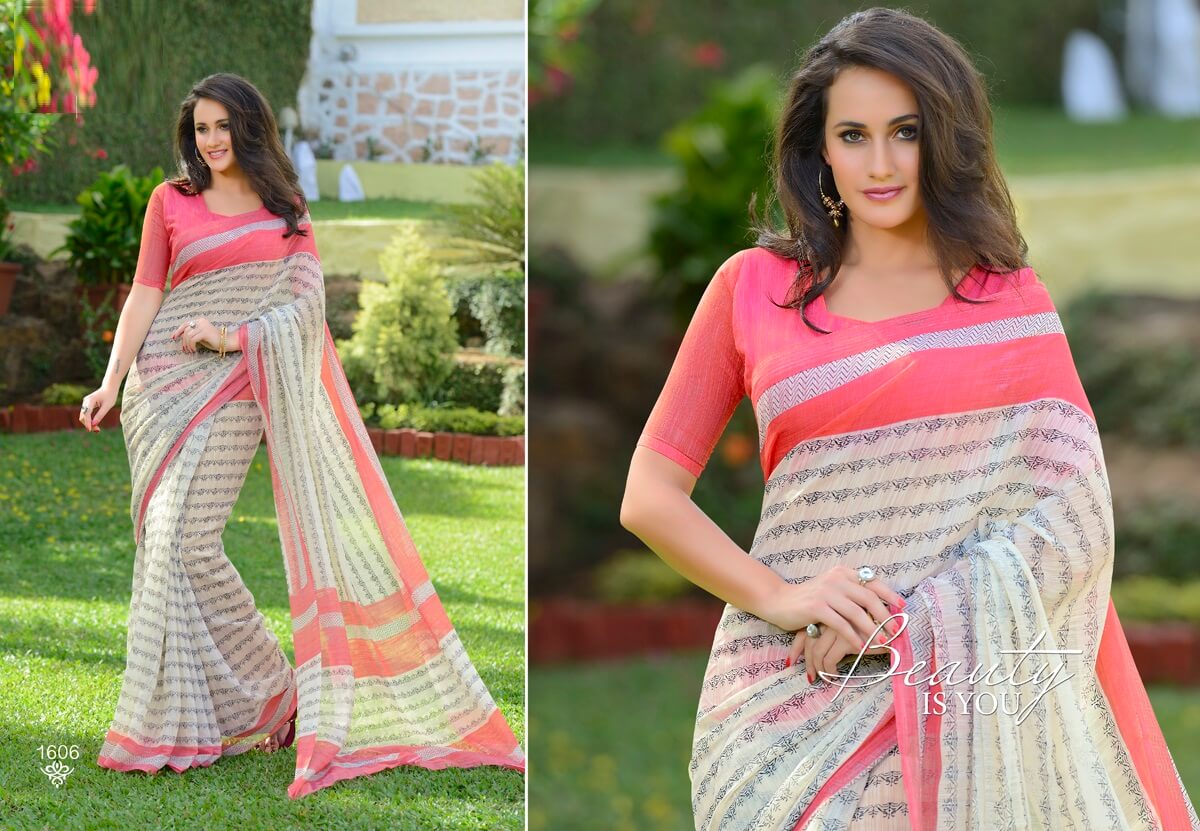 The most common style is for the sari to be wrapped around the waist, with the loose end of the drape to be worn over the shoulder, baring the stomach.

However, the sari can be draped in several different styles, though some styles do require a sari of a particular length or form. The French cultural anthropologist and sari researcher, Chantal Boulanger, categorizes sari drapes in the following families

Nivi – styles originally worn in Andhra Pradesh; besides the modern nivi, there is also the kaccha nivi, where the pleats are passed through the legs and tucked into the waist at the back. This allows free movement while covering the legs.

Maharashtrian/Kashta; this drape is very similar to that of the male Maharashtrian dhoti. The center of the sari (held lengthwise) is placed at the center back, the ends are brought forward and tied securely, then the two ends are wrapped around the legs. When worn as a sari, an extra-long cloth is used and the ends are then passed up over the shoulders and the upper body. They are primarily worn by Brahmin women of Maharashtra, Karnataka, Andhra Pradesh and Tamil Nadu.

Dravidian – sari drapes worn in Tamil Nadu; many feature a pinkosu, or pleated rosette, at the waist.

Kodagu style – this drape is confined to ladies hailing from the Kodagu district of Karnataka. In this style, the pleats are created in the rear, instead of the front. The loose end of the sari is draped back-to-front over the right shoulder, and is pinned to the rest of the sari.

Gond – sari styles found in many parts of Central India. The cloth is first draped over the left shoulder, then arranged to cover the body.

The two-piece sari, or mundum neryathum, worn in Kerala. Usually made of unbleached cotton and decorated with gold or colored stripes and/or borders.

Tribal styles – often secured by tying them firmly across the chest, covering the breasts.